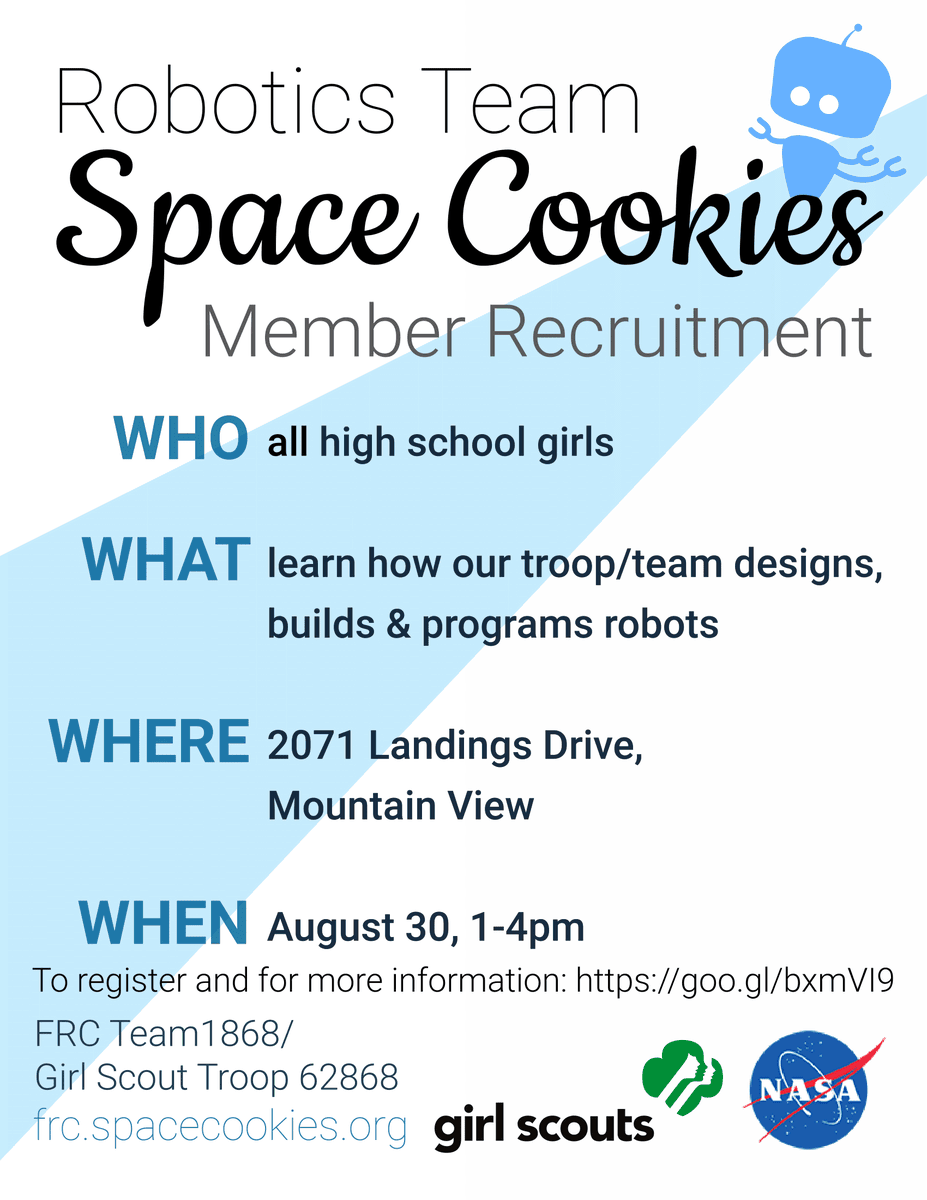 Schedule:
January – February: Build season, most intense period when we build our robot. Lab is open every day, hours are flexible.
March – April: Competition season. Lab still open
May – August: Summer season. Meetings on Mondays and Fridays for projects.
September – December: Off season. Meetings once a week (TBD) for workshops, off season competitions, incorporating new members.
There is no required hours of attendance, but requirements to travel with the team are 100 hours during build season and average 8 hours/week during competition season, as well as 8 outreach hours.
About Chloe:
Chloe is the programming captain of the Space Cookies FIRST robotics team and is going into her fourth and last year on the team. She has been in robotics for 6 years and won the North American Open Championship Award with her team in 2012.
Share the joy